I’m actually not sure which generations of my family were immigrants—my great-grandparents or great-great-grandparents, I’d presume. There are mysteries on both sides: My maternal grandmother’s family has many gaps from her illegitimacy; my paternal grandfather’s gaps stem from his estrangement with my father.

The bottom line is most of us, as Americans, are immigrants.

What I know of my lineage: My mother’s father’s family emigrated from Danzig, now Gdansk, a then-disputed territory on the border of Germany and Poland. Because of this inconclusive geography, I don’t know if my ancestors considered themselves German or Polish, and throughout my upbringing, both heritages were mentioned. These Eastern European relatives settled outside Pittsburgh, with many descendants still there.

My father’s mother’s predecessors came from County Clare in Ireland. Growing up, I never heard her mention her Irish heritage, although some email exchanges before my first trip there revealed said county. When I asked for a specific town within County Clare, she said she didn’t know.

My mother’s mother—New York City, full stop. Her father may have been Welsh. Her mother—no one knows. Thomas and Andersen were the last names. UK? Ireland? It wasn’t discussed.

My father’s father—Italy. Where in Italy? Excellent question. Throughout the years, I heard Naples, Rome, Sicily. While studying abroad in Rome, I found a street near my apartment in Trastevere—Viale Cesare Pascarella. Good enough for me, in the absence of other concrete signposts. Rome it would be. My grandfather passed away a few years back, and I never had the opportunity to ask and find out for myself. Such is the dynamic of respecting the parental relationship and the boundaries that have been long drawn.

These origins, and many customs, have long been lost. However, two things were kept, with varying degrees of success: food and religion.

Nana’s food: My father’s mother liked to cook. She was an Irish cook, first and foremost, with a specialty for roast pork, potatoes, sheet cakes. She did adapt to her first husband’s cuisine, however, and made a decent red sauce. (Sauce was the term, never gravy.) When I think back to meals around her New Jersey table, though, adaptations of what was readily available were frequent features: small white potatoes, brimming with salt, out of a can. Red Jell-o, both cherry and strawberry, sometimes with banana or pineapple, sometimes not. (Young me preferred not.) Pickled beets and onions. So maybe not so Irish after all…

Grandpa’s food: My mother’s father gravitated toward hearty Polish dishes. Potato soup. Pork and sauerkraut. Bread and roast meats. I was at his bedside, giving him a rundown of all the food I had eaten on a trip to Poland, when he passed away. The last words he may have heard were my descriptions of pierogies, kielbasa, and piwo w sokiem.

Religion: All sides were Catholic, although at the end of their lives, most grandparents were lapsed. To my knowledge, none of their children or grandchildren are practicing. In fact, of all the grandkids, only one was confirmed. (Me.)

I don’t know why my ancestors emigrated from Germany, Ireland, Italy, and Poland.

I don’t know if they were good, decent people.

I don’t know if they were demonized.

I don’t know if they worked hard.

I don’t know who they were.

I can only look back two or three generations, and the gaps are still vast.

And with that blank slate, I look at my new fellow Americans, coming in from all over, for a myriad of reasons, and I know—you too could be my family.

You belong here, too. 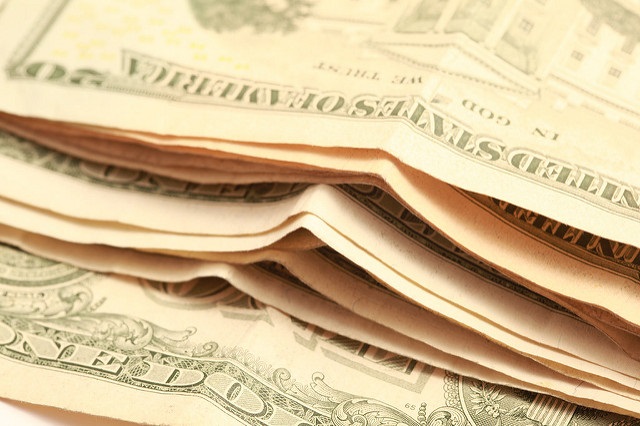 I didn’t start out as a Bank of America customer. I moved to Boston in 2000 and needed a local bank. Fleet was close to my apartment, so I went with them. (Don’t judge. I was young and convenience trumped all.) Within a few years, Bank of America gobbled up Fleet. And because of apathy, I didn’t change, just accepted it—even though the fees were high. Even though customer service wasn’t great. Even though the interest was piddling. Their website worked, I liked their app, so fine. Laziness won.

Then I saw this article from Food and Water Watch showing which banks were subsidizing the Dakota Access Pipeline. Oh hi, Bank of America, to the tune of $350 million dollars.

Then Election 2016 happened, and I didn’t want my money to continue passively supporting policies that didn’t align with my values.

My husband and I, after nearly 14 years together, had never combined bank accounts, but it was something we had discussed doing “at some point.” (See above re: laziness.) He was a Citizens Bank customer. We checked the DAPL funding site. Oh hi, Citizens Bank to the tune of $72 million dollars.

So it was time—time for us both to change banks, and while we were at it, combine accounts. We started researching new banks, based on the following criteria:

Based on those criteria, we narrowed our choices down to five banks—three national banks with strong digital offerings, and two local entities (one community bank and one local credit union).

Each was then evaluated on the five questions above, and from there, we had two finalists: Winter Hill Community Bank (in our neighborhood) and Ally bank (online only).

Winter Hill got great ratings for community involvement, local development, and overall fiscal health. It got poor marks for customer service. It only had three locations in our neighborhood, and charged a fee for using other banks’ ATMs.

Ally got decent ratings for corporate responsibility, and high marks for customer service. It offered slightly better rates for its accounts, and free ATMs through their network. If customers go out of network, there’s a fee, but Ally refunds up to $10/month in fees.

All things weighed, we opted to go with Ally and to use our Ally ATM cards at Winter Hill Bank whenever possible, so they’ll benefit from any applicable fees.

We’re in the final stages of making the switch now, with all the headaches that changing banks entails. But in the long run, I’m glad to be putting our money where our values are. 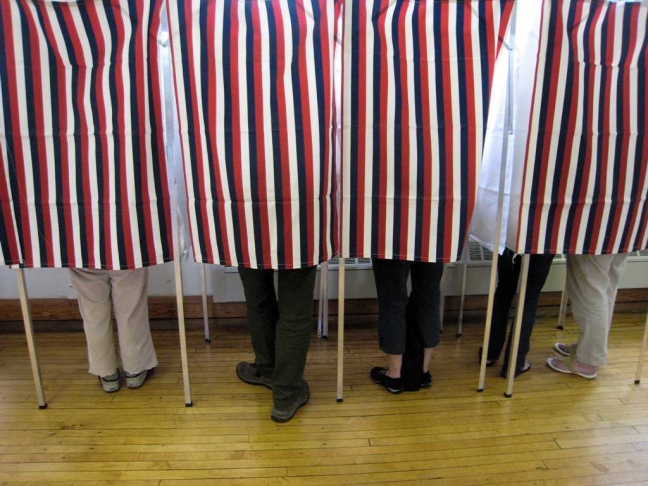 Watching our former Secretary of State debate a former reality TV star, so far below her in intelligence, demeanor, and dignity, I felt great admiration and respect for her superhuman composure. Rage at his narcissism and outright contempt for his opponent, her supporters, and the entire political process. Appreciation that, as the first female candidate for President, Hillary Clinton was willingly taking on this slog, so those afterward won’t have to. Sadness that, in 2016, this is how ugly the slog still is, for those who dare to be first.

Donald Trump claims the election is rigged because Clinton is “even allowed to run”, but he has it all wrong. It is he who is the audacious one, one so outrageous to claim that a zero-experience buffoon could be competent at the most complex, nuanced, and responsible role in our country, and perhaps the world.

As John Oliver so aptly put it, perhaps Trump is an appropriate final hurdle for Clinton to pass en route to the Presidency, to have to defeat “the final boss”, a living embodiment of her entire career’s worth of sexism, privilege, entitlement, and incompetence in one bloviating, grabby body.

I hope we never witness another debate–or campaign–like we saw this year. I hope no candidate has to endure the indignities Hillary Clinton (and, by extension, the 17 GOP rivals) did. I hope, over the coming years, a powerful female leader becomes normalized in the eyes of the press and the public, so we can get down to business.

Because, if this election has taught us anything, it’s that we have a lot of work to do.